In Georgia dual language programs, the students spend at least half of their school day in the target language and the other half-day in English. Immersion students are taught Math, Science, Literacy and sometimes Social Studies in the target language. They are taught English Language Arts, Reading, and usually Specials in English. DLI students develop the ability to read, write, and communicate in their first and second languages, which prepares them for full participation in today’s interconnected and increasingly competitive global context.

The term “Dual Language Immersion Schools” might be misleading, as DLI programs typically run WITHIN a school. For example, if a school has six Kindergarten classes, it might only have two of the six classes that participate in the DLI program.

Regarding DLI immersion programs in GA, explore the current information through the Georgia Department of Education World Languages. By connecting with the Georgia DOE, educators, administrators, and parents can stay up-to-date on the ongoing initiatives pushing DLI in Georgia.

To learn more about Dual Language Immersion and take a peek inside a DLI Kindergarten classroom, watch the following video made by the Center for Advanced Research on Language Aquisition (CARLA) at the University of Minnesota or visit Annenburg Learner for French DLI instruction.

The benefits of Dual Language Immersion and bilingualism includes the following:

DLI students perform as well as or better than English-only students on standardized tests in English, including students from a range of socioeconomic and ethnic backgrounds, as well as with diverse cognitive and linguistic abilities.

DLI students are more aware of and generally show more positive attitudes towards other cultures and an appreciation of other people.

DLI students are better prepared for the global community and job markets in the 21st century.

In the past two decades, research has provided dramatic new insights into how young children acquire language, and how this affects their brain development. In fact, neuroscientists who studied images of the human brain have found that learning a second language actually increases brain density (Mechelli, Crinion, Noppeney, O’Doherty, Ashburner, Fackowiak, & Price, 2004). Young bilinguals show advanced skills in non-verbal executive control skills, inhibitory control (ability to resist a habitual response or information not relevant), working memory or updating (ability to hold information in mind and mentally manipulate it), and cognitive flexibility ability to adjust to changes in demands or priorities and switch between goals (Barac, Bialystok, Castro, & Sanchez, 2014; Kuhl, 2011). This means that dual language learners possess the kinds of skills that are increasingly critical to 21st century college and career success—thinking flexibly, focusing attention when there is conflicting information, selecting relevant over irrelevant information, and switching strategies if a solution is not forthcoming.

In light of the consistent research findings that purport multiple advantages for dual language learners, it is no surprise that the number of DLI programs is increasing exponentially across the U.S. over the past few years (Center of Applied Linguistics, 2011).

As of 2022, there are over 60 public DLI programs across Georgia in the districts below. To learn more about the current and upcoming programs in these districts, please visit the Georgia Department of Education website. 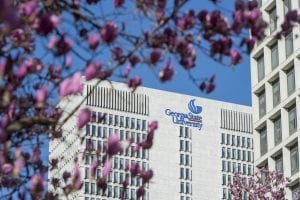 The Dual Immersion Early Childhood Education Endorsement program in the Department of Early Childhood and Elementary Education (ECEE) at Georgia State University (GSU) engages students in comprehensive exploration, research, and practice in elementary Dual Immersion education. This program offers a master’s degree and it is designed for educators who are currently teaching or working in an early childhood/elementary setting.

For more information on this program, please explore the program website.

Enhance your knowledge and skills by earning a Masters Degree in Elementary Education with a Dual Language Concentration at Georgia State University.

The Master of Education (M.Ed.) program in Elementary Education is a graduate degree designed for teachers who wish to pursue advanced preparation in a specific area at the elementary level, including K-5 mathematics, teacher support and coaching (TSC), reading, K-5 science and STEM endorsements. It is also possible to complete the M.Ed. with a concentration in Dual Language Education.

For more information on this program, please explore the program website.